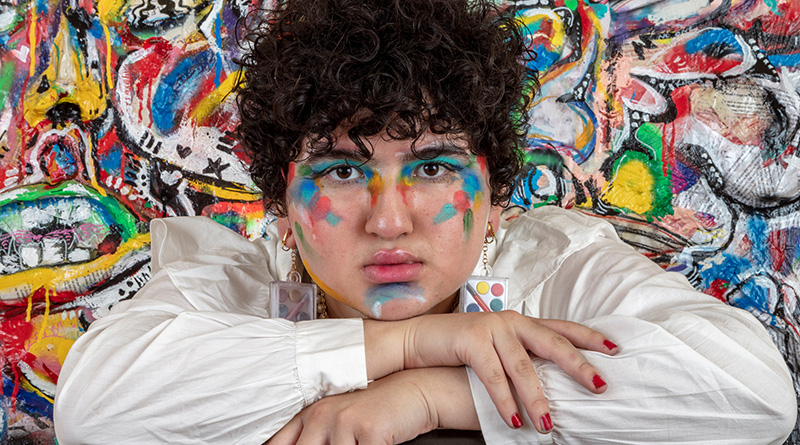 ART | in 2021 a new name entered the art discussion when a suite of five digital artworks sold in a special sale at Christie’s auction house in New York for $2.1 million.

And it’s a name you might not expect: Fewocious.

That’s the nom de art of Victor Langlois, an 18-year-old Seattle artist, originally from a family of Salvadoran immigrants in Las Vegas. Sold during Pride month, the opus is titled “Hello, i’m Victor (FEWOCiOUS) and This Is My Life,” and tells a very personal story.

Via Fewocious’s signature bright colors, graffiti-like text, and distorted faces, the work is about, as Christie’s advertised it, “the journey through Fewocious’s teen years so far, growing up as a transgender male in an abusive household.” In fact, it turns out that the works served as Victor’s coming out as trans to the NFT world, at the same time making him the youngest artist ever to be sold at Christie’s. In fact the sale was so popular it crashed the auction house’s website.

It was only in 2020 that Fewocious was selling paintings for $95 online and just beginning to experiment with NFTs. Now, he’s made a reported $16 million, and is the talk of the town. Work by the artist is now valued at more than $26 million between primary and secondary sales. Artnet News’s art critic Ben Davis caught up with Fewocious about what has been a remarkable journey on many levels. 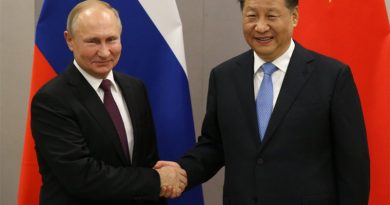 China backs Russia in strongest display yet of support over Ukraine 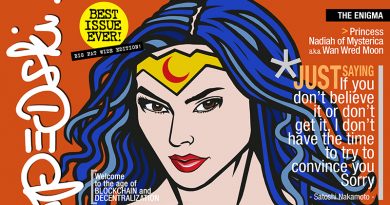 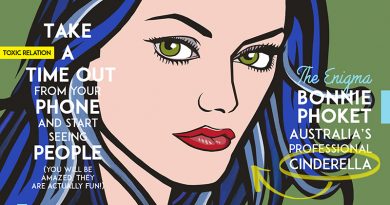 The positive side effects of doing nothing: it’s healthy